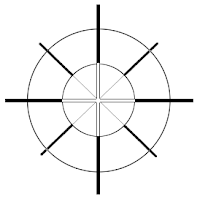 It doesn't seem long into the new year and we already have two really high-profile targeted attacks,
Not surprisingly, motivation of would-be attackers continues to move from targets of opportunity to targets of value, the surprising thing about it is how quickly this trend is progressing.

By Mark Linton September 27, 2013
All the press regarding the new Touch ID fingerprint biometric on Apple's new iPhone has brought some insight into how to misuse this service.  Most of the critics have focused on circumventing the device to gain access or Apple deciding to share the data with the Government. One interesting perspective that I haven't seen covered yet is if the system could be used as a distributed matching system for existing fingerprint image systems.  In an over simplified view of the process, a law enforcement agency can take an acquired fingerprint and search for patterns in the database of collected prints and spit out possible matches. Although Apple states that an API won't be available for apps, it is conceivable that such an interface might exist, and provide the ability to take an acquired print (either from the iPhone hardware or from software) and check it for validity against the stored print. There are some limits to this, as there is likely only going to be one prin
Post a comment
Read more

By Mark Linton November 21, 2011
I'm very pleased to announce that we've added another significant resource to our team.  Our new advisor Benoît Desforges brings international experience and a fresh perspective on information risk management. Prior to joining, Benoît worked for KPMG's advisory group, he holds several professional designations including CISSP, CISA, GCIH, and GAWN.  When he's not teaching advanced networking courses for a local university, Benoît enjoys travel and time with his family. Benoît will be providing our clients with security advice and building out a number of new and improved professional service offerings.  He'll also be regular contributor to our blog.  Congratulations Benoît!
1 comment
Read more